On 10th October 1849, the Sisters Faithful Companions of Jesus, established a boaring school for girls at Lingdal House in Claughton.

Lingdale House had originally been taken on a 14 year lease and the Sisters had hoped to buy the property later, but legal difficulties prevented this. As a result, in December 1857, when the lease was nearing its end, the Sisters started looking for a new home.

Eventually Upton Hall was found and bought on December 8th 1862. Before they could move in, a new three-storey building had to be put up, on the top floor of this building was a small Chapel. Bishop Brown blessed Upton Hall and its new extension on June 17th 1863.

The Sisters and pupils moved to Upton Hall between the 17th and 19th June 1863. The Chaplain, Rev John Coulston, brought the Blessed Sacrament from Lingdale House to Upton Hall on 20th June 1863 and the following day the first Mass since the Reformation was celebrated in Upton.

The two or three Catholics living in the neighbourhood in 1863 came to Mass at the Convent Chapel. As numbers increased, and the Convent chapel became too small, the Chaplain said a second Mass each Sunday in the School Room for the local Catholics. 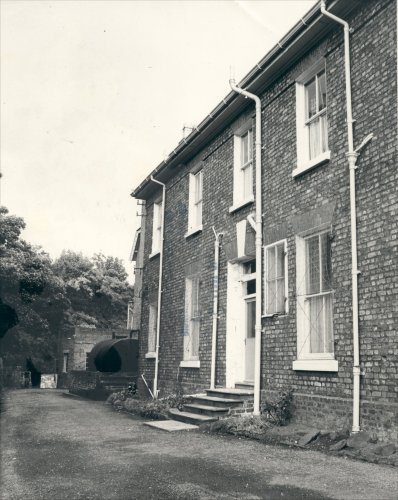 Over time, the numbers coming to mass continued to slowly increase, with Catholics coming from Hoylake, Moreton, Heswall, Irby and West Kirby as well as Upton. It soon became apparent that better facilities were required.